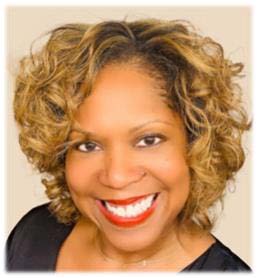 Nyree Wright is a role model who is as dedicated to her community as she is to her career. She is a natural born leader, committed to the role of excellence and diversity in the marketing and communications industry. Her “pay it forward” attitude is her signature.

Nyree is a top Washington, DC-based public relations professional noted for her strategic and corporate reputation counsel to Fortune 500 companies. Within her expertise of crisis communications, Nyree played a critical role helping to manage communications during the bankruptcy and recovery of General Motors beginning in 2009. Additionally, she served on National Grid’s crisis communications leadership team and was onsite during Hurricane Sandy – the deadliest and most destructive hurricane of the 2012 Atlantic hurricane season, as well as the second-costliest hurricane in United States history. Also, Nyree was one of the key counselors helping Firestone Liberia communicate its efforts in combating the Ebola outbreak in West Africa – the largest and deadliest Ebola outbreak in history. In all, Nyree has a proven track record in integrated communications and for developing successful campaigns across various industries that include consumer, automotive, education, financial services, energy and telecom. JOB HISTORY Nyree is the Senior Vice President of Public Relations for TV One Networks. Previously, Nyree was Executive Vice President/Senior Consultant of Reputation Management at Porter Novelli. Prior to her Porter Novelli role, Nyree was Senior Vice President at MSLGROUP in Washington, DC, managing the DC office’s largest consumer and corporate reputation account. MSLGROUP acquired her previous firm, The McGinn Group/TMG Strategies, a well- known consulting firm, in April 2007. Prior to joining MSL Washington, DC in 2011, Nyree ascended through the ranks of The McGinn Group/TMG Strategies to Vice President, where, for five years, she managed the General Motors assignment, the firm’s largest and most important account. Her work on the GM business came at a particularly critical time, as the automaker teetered on the cusp of bankruptcy. The McGinn Group/TMG Strategies played an essential role in the process, directly counseling GM’s executive leadership and serving as a critical hub for all communications during the pre- and post-bankruptcy phases. Nyree personally handled the day-to-day management and operations of “The Arlington Project,” which was created by GM’s most senior leadership. Additionally, Nyree took on key roles in the agency’s crisis and corporate reputation accounts, including Purdue Pharma and Howard University, where she served as a principle lead to Howard’s Office of the President during their Academic Renewal process. Nyree joined The McGinn Group in 2001 after working at Prudential Financial (1997-1999) and Ogilvy PR (1999-2001). During her time in New York, Nyree earned her M.A. in Corporate & Public Communication from Seton Hall in 2001. Nyree began her career at The Rosen Group in Manhattan, where she secured a position with the agency after interning with them through her Rutgers University (’96) PRSA chapter during her undergraduate studies.

Nyree is a seasoned communications advisor who provides to her industry a strong foundation of corporate reputation, strategic counseling and public relations/marketing experience. Her knowledge provided her the skill-set and management acumen early in her career that contributed to a 2001 Public Relations Society of America Big Apple Award for her PR & Marketing Communications work while working in Ogilvy PR’s New York office. This award was not only a first for her, but also represented the program/campaign of the first- ever introduction of tax e-filing services. Her client (H.D. Vest Financial Services) set the stage for a multi-billion-dollar industry and later became acquired by Wells Fargo. During this time, she also attended Seton Hall University where she earned her MA in Corporate & Public Communications – a challenging goal, since she was managing one of the largest accounts in her office.
Nyree has received top industry awards, including the National Press Club’s coveted Vivian Award for years 2013, 2014 and 2017. The Vivian Awards were established by former NPC president Vivian Vahlberg in 1982 to honor outstanding service to the Club. Nyree earned this recognition through hard work for one of the most important associations in the DC marketplace. As a member of the NPC’s Speakers Committee in 2013, she successfully pitched, managed and orchestrated sold-out luncheons for notable speakers, including Ben Jealous (NAACP President & CEO), Bob Johnson (Black Entertainment Television/BET Founder) and Gloria Steinem (the feminist activist) on the eve of her receiving the 2013 Presidential Medal of Freedom.
From 2011 to 2013, Nyree has served as the co-chair of the National Press Club 5K Committee, responsible for the organization, execution and promotion of the annual 5K Run to help raise funds for the National Press Club Journalism Institute. The over $200,000 she helped raise during her tenure has allowed the Journalism Institute to help working journalists improve their skills with ongoing training and programming. It also funded scholarships for future journalists that promote diversity within the journalism profession. For her efforts, Nyree has been a regular presence on the dais for some of the NPC’s most prominent speakers, including Gloria Steinem; Bob Johnson (BET Founder) and General Motors CEO Dan Akerson during his last major speech before his retirement.

Nyree was named to Washington Life Magazine’s “The Young & the Guest List 2014”, which “honors the 300+ under 40 geniuses, visionaries, crusaders & innovators shaping Washington’s future.” She was also featured in Capitol Communicator’s “Up Close & Personal Profiles” (March 2015). Additionally, Nyree spearheaded the team that won the 2016 PR News Platinum PR Awards Honorable Mention in Crisis Management for her work with Firestone/Ebola outbreak.

Most recent, Nyree was given the 2021 “Outstanding Mentor” award by the Diversity Action Alliance (DAA), a coalition of public relations and communications leaders joining forces to accelerate progress in the achievement of meaningful and tangible results in diversity, equity and inclusion across the PR profession.

Nyree’s leadership in PR/Communications is undisputed. She is a charter and former board member of ColorComm, an organization for women of color in communications; a trained Focus Group Moderator of the Research in Values & Attitudes Institute (RIVA); a former member of the National Press Club (NPC), one of the most prestigious media/communications organizations in the world; a member of the Public Relations Society of America (PRSA); and in 2016, became a trustee of the Public Relations Society of America (PRSA) Foundation. Most recent, Nyree was appointed to the DE&I Advisory Board of the Arthur W. Page Society, the world’s leading professional association for senior public relations and corporate communications executives and educators.

However, the essence of her leadership is shown through her 2009-2012 presidency of the Capital Press Club (CPC), the oldest African-American communications association in the nation. CPC – founded in 1944 as an African-American alternative to the NPC which, at that time, did not accept black members – exists to unite communications professionals of color through professional development, networking, new business opportunities/entrepreneurship, and issues advocacy.

OUTSIDE ACTIVITIES AND ACCOMPLISHMENTS

Nyree shines in and out of the office as a committed volunteer and humanitarian. Her commitments include:

Leadership/Role Model: Nyree’s leadership is evident in all she does. Within the agency (and industry), junior team members seek her out for guidance and counsel. With her peers, she is revered as an accomplished colleague. With her clients, she is a trusted and strategic advisor on all fronts.

Commitment to Her Trade: While Nyree has remained dedicated to the PR/Communications industry, she by no means remains complacent in her achievements thus far nor rests on her previous laurels. She continually looks for opportunities to grow professionally while mentoring those around her.

Dedication: Nyree leaves no stone unturned when it comes to servicing her clients, agency and fellow (wo)men. She constantly seeks to achieve the best in all she does, both personally and professionally. She believes that she’s been given gifts/blessings with a purposed vision to share them.