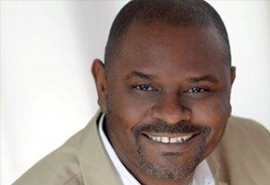 Jason T. Williams is the Vice President of Global Inclusion Strategy for Viacom. Based in New York City, Jason partners with the Viacom senior leadership team, under the guidance of Viacom’s Global Head of Inclusion Strategy and Viacom’s CEO, to set the vision and strategy for Viacom’s Diversity and Inclusion (D&I) initiatives, to communicate D&I plans to the global organization, and to advise Viacom executives from its flagship brands (Nickelodeon, Nick Jr., BET, Comedy Central, MTV, and Paramount) on diversity issues in their businesses. In a previous role at Viacom International Media Networks, Jason served as Vice President, Global Consumer Products (CP) Business Operations, where he led teams based on both the east and west coasts, responsible for a combination of operational and strategic initiatives that supported the Nickelodeon CP group. His global team operated the NickCentral.com business-to-business (B2B) portal, with the goal of developing operational efficiencies and digital asset management solutions in order to expand and enhance Viacom’s core brands, to guide global deal-making, and to maximize the profitability of Viacom’s licensing partnerships in global regions where Viacom has significant TV presence for key entertainment properties (i.e. – SpongeBob, Turtles, Paw Patrol, etc.).

Jason obtained a B.A. from Duke University and an MBA from Georgetown University. He is an active member of the National Association for Multi-Ethnicity in Communications (NAMIC), where he is a Member of the National Board of Directors, participated in the 2012-13 NAMIC Executive Leadership Development Program (ELDP) Class XII at the University of Virginia Darden School of Business, served as a member of the NAMIC-New York Chapter Programming Committee, and was a NAMIC L. Patrick Mellon mentor to young professionals in the media and entertainment industries. He founded and serves as Program Head for the Viacommunity UP: Unlimited Potential Mentoring & UP Creative Programs, serves as a Member of the Asia Society’s Global Talent and Diversity Council, and is Vice Chairman of the Board of the YouthBridge-NY, a non-profit organization that trains young people to meet the challenges of a rapidly changing, increasingly diverse New York City.

Jason is a Washington, D.C., native who now resides in Maplewood, NJ, with his wife, three sons, and Yorkshire terrier.