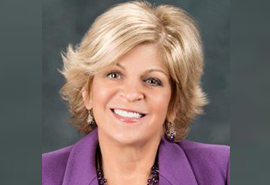 Ann Carlsen is the force behind the brand considered to be the gold standard of boutique search firms, having placed more than 2700 exceptional executives and rising stars in critical industry roles over the span of 30 years. An internationally respected executive search leader, advisor, coach and champion of workplace diversity, Carlsen is a results-oriented strategist who intimately understands the goals and needs of her clients and has an uncanny antenna for the trends and pulse of the overall marketplace in the cable, media, entertainment and technology sectors worldwide. Carlsen’s reputation as an excellent judge of talent and more importantly, the right talent and cultural fit for organizations, has evolved over 30 years through the day-to-day and hands-on experience of helping her clients build and grow their companies and careers. She is considered an expert advisor on leadership development, diversity, workforce issues and trends, and the advancement of women and people of color on corporate boards. Carlsen’s commitment to diversity is reflected by her leadership on several key Industry initiatives. She founded the Telecommunications Diversity Network (TDN), an industry-wide initiative that provided a “no fee” job bank populated with the best diversity candidates. Carlsen was also the architect of the very successful industry-wide mentorship initiative designed to pair diverse candidates with mentors in their areas of interest. It is now called the L. Patrick Mellon Mentorship Program and housed by the National Association for Multi-Ethnicity in Communications (NAMIC).

Carlsen has been recognized by many industry organizations for her professional excellence, leadership and personal accomplishments. She was inducted into the Cable Hall of Fame in 2012; the National Cable Television Association (NCTA) presented her with its Distinguished Vanguard Award for Leadership, the organizations highest honor; she was awarded Women in Cable and Telecommunications (WICT) Woman of the Year honor and served as its national president and chairwoman. She served ten years on the NAMIC board and has served on numerous national boards and committees for The Cable & Telecommunications Association for Marketing (CTAM) and its Educational Foundation, and currently serves on The Cable Center and also the Cable TV Pioneers boards. Carlsen is a fixture on CableFAX magazines CableFAX 100 and Most Powerful Women lists. She is also a founding member of the Betsy Magness Leadership Institute.

Carlsen began her career in 1980 in sales and marketing for United Cable. She was then recruited to Cardiff Publishing, where she led national sales and marketing for Cable Television Business Magazine. In 1984, she became vice president of marketing at Business Venture Investments, a venture capital and venture management firm. Carlsen joined another search firm as vice president in 1986, where she discovered and developed her unique gifts and passion for executive search. She founded the precursor to Carlsen Resources, Future Sense, 27 years ago. She is a graduate of the University of Colorado with a degree in Journalism and Business.

When not working or traveling, you’ll find Ann hiking with her dogs, gardening or fostering baby animals in crisis.