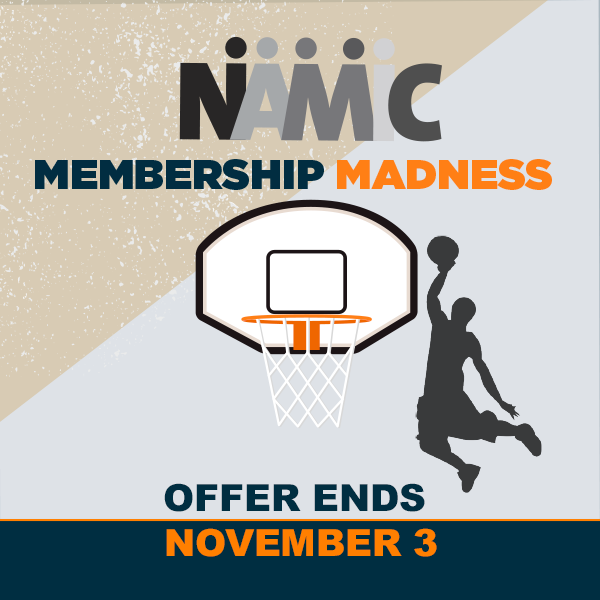 In celebration of the 2016-2017 NBA season tip-off, media and entertainment industry professionals that sign-up for new memberships and renewals will qualify to be entered into a drawing to win a pair of New York Knicks game tickets. The official start date for the 2016-2017 NBA season is Tuesday, October 25, 2016.  Provided courtesy of A+E Networks, tickets are for the New York Knicks home game versus the Sacramento Kings scheduled for December 4, 2016, at Madison Square Garden. Tickets are transferable.

As an added incentive new memberships and completed renewals paid-in-full during the promotional period are subject to a twenty percent (20%) discount off regularly published NAMIC membership rates. Those purchasing new memberships or renewals should insert the promotion code NAMIC20 to receive the reduced rate.

Membership Period: One (1) year from the date of processing in the membership database.